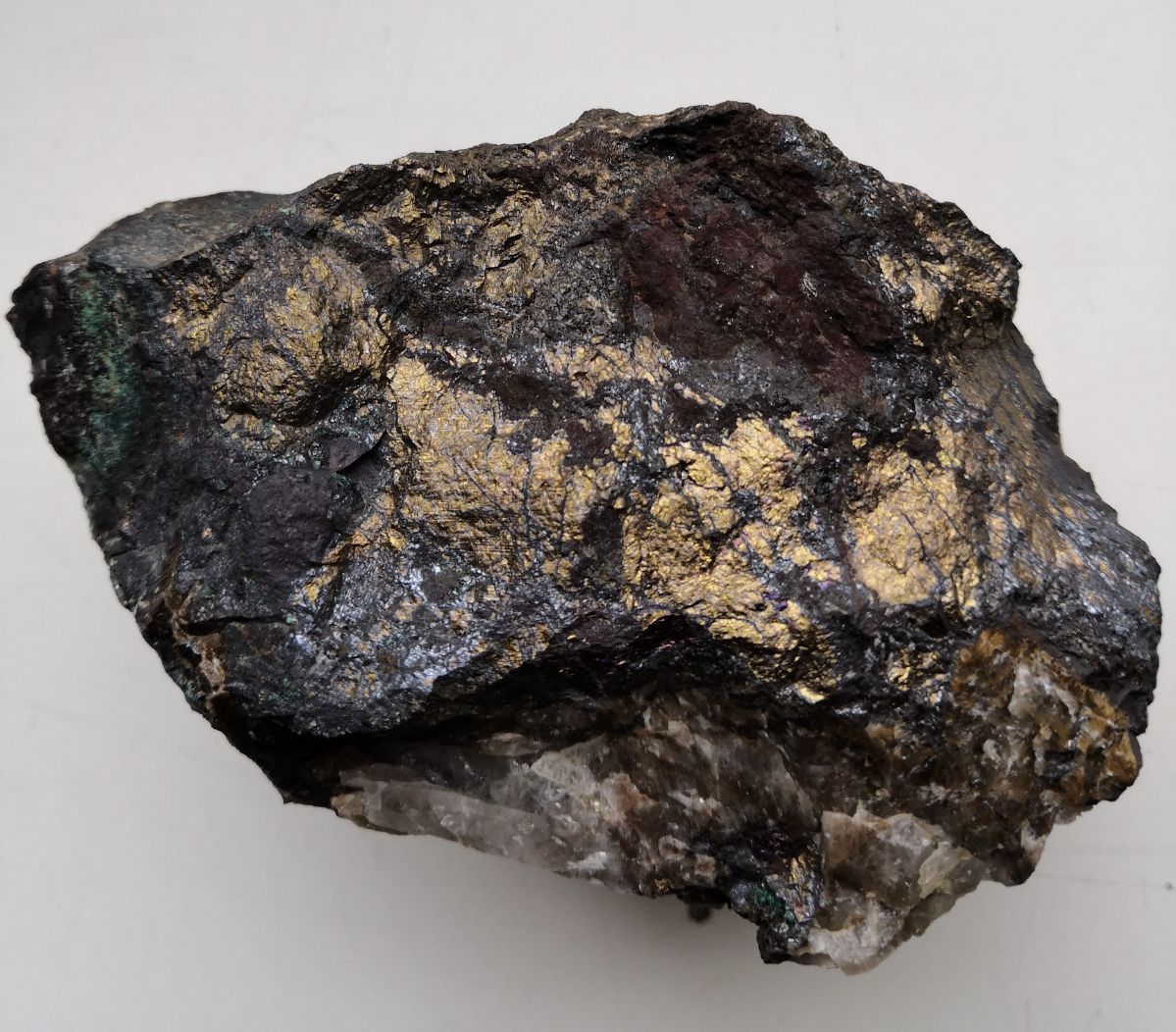 The Dongwe region is much less explored than the traditional Copperbelt and is ripe for discoveries. Zamare’s project is located 45 km south of the old Kalengwa Copper Mine. The mine, which closed in 1982 after 12 years of operation, is believed to have been one of the highest-grade copper mines in Zambia. Kalengwa was reported to have mined a high-grade supergene core that yielded an average grade of 27% Cu. This core comprised around 20% of the ore body. The ore was so high grade that it was trucked unprocessed to Kitwe for direct smelting. Total production of 1.9 Mt of 9.44% Cu and 50 g/t Ag was reported from the open pit resulting in circa 15,000 tonnes of copper production per annum for the 12 years of production.

Kalengwa, along with the other mineralisation being investigated in this region, is of a different style to the traditional Copperbelt. Mineralisation in the region is believed to be of the IOCG (iron-oxide-copper-gold) deposit type which includes huge mines like Olympic Dam and Ernest Henry in Australia, amongst many others worldwide. The confirmed occurrence of granites in the vicinity is encouraging as such intrusive igneous bodies act as source rocks for IOCG mineralisation.

The Kitumba project 230 km south-east of Dongwe is another example of IOCG copper mineralisation style. Similarities to Kalengwa include host rock age, regional scale faulting and the same granites.

Prospective granites have been mapped in the Dongwe project and interpreted from regional, magnetic data. Remote sensing work has also indicated alteration typical of IOCG deposits. Fieldwork by the Zamare team in 2020 confirmed the prospectivity of the target area from artisanal workings within the licence that have exposed shear hosted high-grade Cu (15.84%) and Au (0.58g/t) mineralisation with anomalous Co (sample DWGRR001). 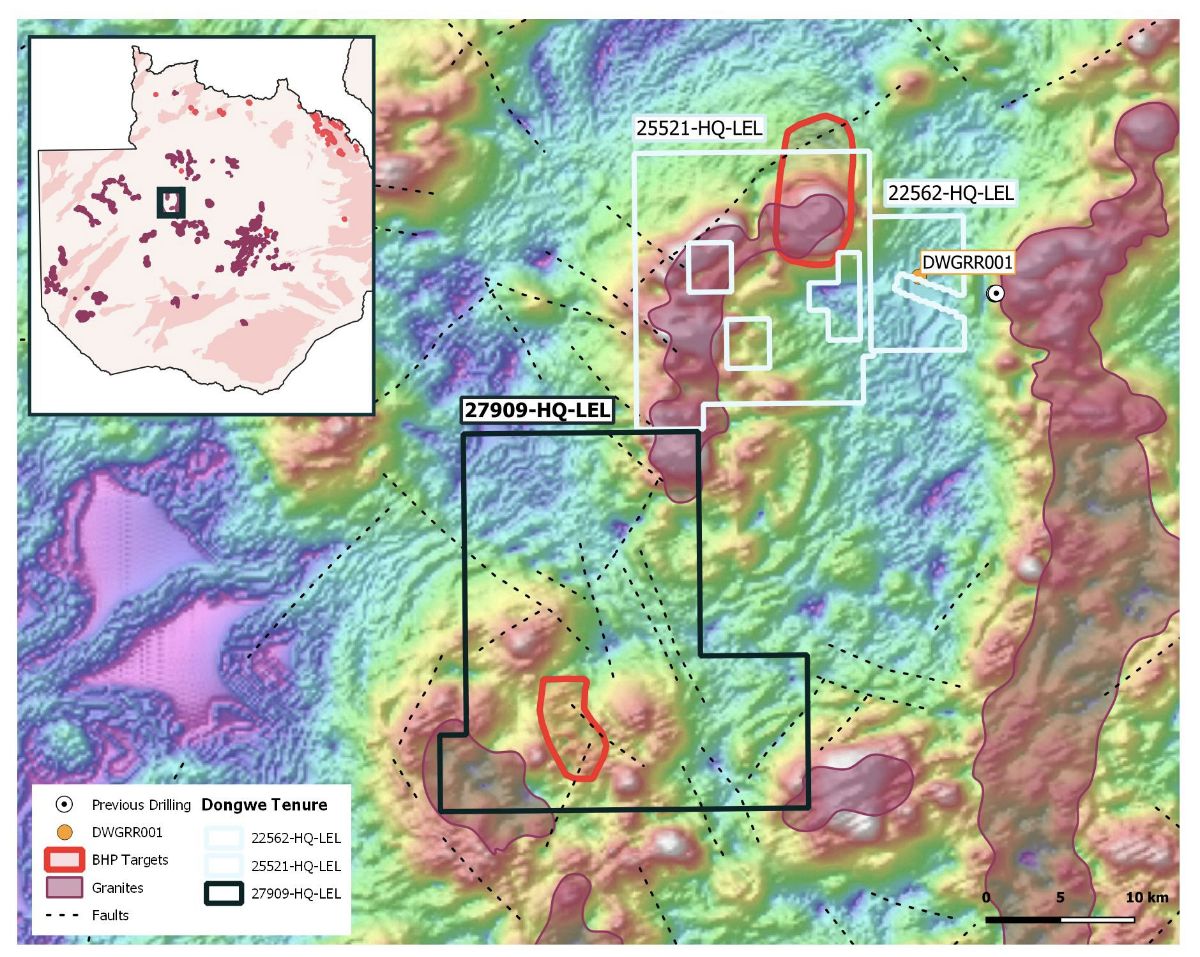 After the 2020 field program, Zamare acquired historic BHP Biliton geophysical data over Dongwe with drill targets. BHP exited Zambia before being able to drill. Based on this information, and the high-grade samples collected by Zamare, the company quickly moved to acquire an additional 487 km2 of free, prospective ground (Licence 27909).

There is believed to be an active drill program on an adjacent licence (24726) to the east which is returning positive recent results. This licence has seen exploration by several companies in the past, with drill hole intersections including 10m at 3.53% Cu and 0.96 g/t Au. The area is also reported to have several artisanal copper mines including a recently active open pit mine estimated to have had 1 million tonnes of ore running 5% Cu.

Zamare plans to carry out a regional (400x400m) soil sampling program across the 2 northern licences (25521 and 22562) in the 2021 field season. Targets identified from available geophysical datasets will be sampled with increased detail. Follow-up work will likely require an airborne geophysical program to define drill targets.

Due to the large size of the southern licence, and evidence of Kalahari sand cover, initial field work will focus on stream sampling up the large tributary of the Dongwe river that transects the licence. 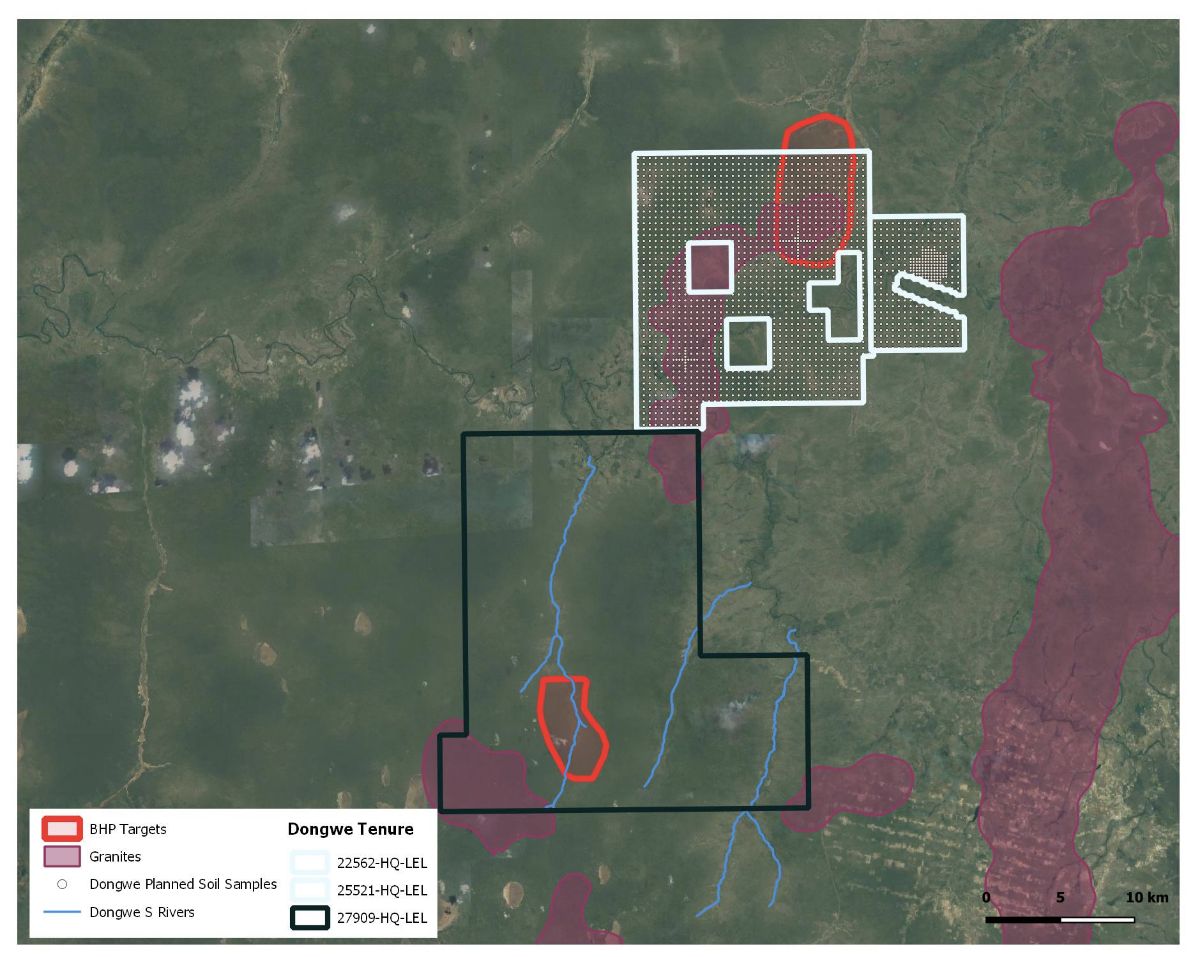 Preliminary exploration planned over the Dongwe project area. (Click to zoom in)